Since November, 2017 I have been working as head piano technician for the Aaron Copland School of Music, CUNY Queens College, Flushing, New York. I am in charge of maintaining around 100 pianos and historical instruments used for concerts and recitals. In addition I service pianos in teaching studios, practice rooms, and offices. 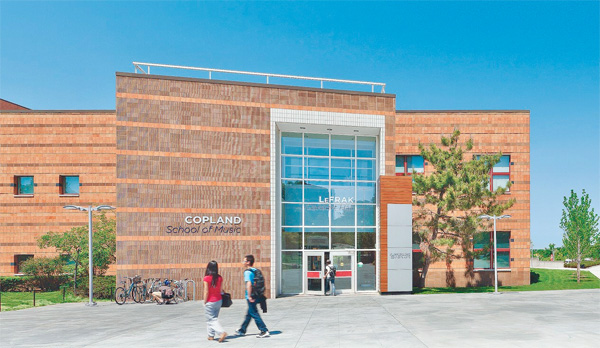 The Aaron Copland School of Music is one of the oldest departments at CUNY Queens College, founded when the College opened in 1937. The School offers 3 different types of music undergraduate degrees: General Music, Performance, and Music Education. The School produces over 300 concerts a year including recitals, orchestra, choir, ensembles, new music, early music concerts and opera productions.

An Inside Look at Michelman Piano

On occasion, when I am dealing with new clients, or simply clients who are not well versed in Piano Tuning; the number one question I am asked is "What does this process entail". I encourage these clients to visit my site, and educate themeselves, after we converse for a bit. However, I am aware, that while a picture is worth one thousand words, I am to presume that a video is worth one million words.

My good friend, went through the careful process of putting my process on video, and I am extremely happy with the results, and I know you will too. I want you to not only trust in my process, a process I have carefully honed for the past 20 years and counting; but I also want you to know who I am, and why I am the best choice for your piano technician and tuning needs. Thank you for visiting, and thank you for watching.

A Brief History of Steinway Hall

Steinway Hall in New York City is the first Steinway Hall. Others were later opened in several other cities here and abroad. The Steinway & Sons Piano Company’s first showroom/recital hall in New York opened its doors in 1866. The location was in downtown Manhattan on East 14th Street, between University Place and 5th Avenue.

Steinway Hall’s location in Manhattan stayed the same until the new Steinway Hall was opened January 11th, 1925 on 57th Street, between 6th and 7th Avenues. The first location was closed the same year. The architectural firm Warren and Wetmore designed the building in the beaux arts tradition.

In the spring of 2000, I came to New York City to work at Steinway Hall as a retail technician. I was 26 and had recently graduated a piano technology program at a school in Boston.

At that time the retail technicians at Steinway Hall, there were about six of us, were all members of the same AFL-CIO affiliated union as the workers in the Steinway factory. When new pianos came to Steinway Hall from the factory in Queens, they are still adjusting and settling. The piano must be tuned and adjusted often in the first year to stretch the strings and get the piano to stabilize at the standard A440 pitch. When in tune, the piano holds between 18-20 tons of tension.

In addition to maintaining the pianos for sale, pianos that have been selected and are going to be delivered to the customer’s home must be gone over completely and tuned again before delivery.

An average day back then at Steinway Hall started at 7:30am, punching in for the day in the famed basement of Steinway Hall. The basement is where the technicians and polishers have workspaces. There is a technician’s work/break room. After arriving we would head upstairs to tune in the different rooms where the pianos were displayed. Some of us would continue to tune pianos all day; some would work on adjustments to the pianos actions on workbenches. When a customer or sales person had a special request, which was not uncommon, the technician must address that as well. We had a 30-minute lunch break. In summer it was nice to take a bag lunch and sit in Central Park, which is only a couple blocks from Steinway Hall. The workday usually ended at 3:30pm.

Sometimes the retail technicians would be asked to tune at outside locations, usually for restaurants, hotels, and music venues that had contracts for service with Steinway. The large music venues like Carnegie Hall and Lincoln Center are maintained by Steinway’s Concert & Artist Department. The Concert & Artist technicians also have a section of the basement area at Steinway Hall to prepare the pianos for selections by the artists. After the pianos are prepared, the artists will come in and play for a while on one or more pianos that the concert technicians have prepared especially for them. After the artist has selected the piano they will use, that piano is then further refined to the artist’s specifications, and then delivered to the venue for the concert.

Steinway hall was a great place to work then. We were encouraged to do our best and were never rushed to complete a job. More experienced tuners were very generous with their time passing on many of the “tricks of the trade” as we worked together during the day.

It was fun to see the celebrities come in sometimes. When a concert artist came to select a piano, they sometimes could play for a hour or more. If you were working nearby where they were playing, it was like a free concert.

Today I am currently working for Steinway as a independent contractor maintaining pianos at Steinway Hall.